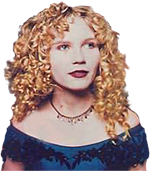 I'd make a shrine to the Vampire Chronicles as a whole, but Claudia is easily my favourite character from the series.

See: the photos I have of her on my dresser, to look at during ma toilette. I'm just mildly obsessed. 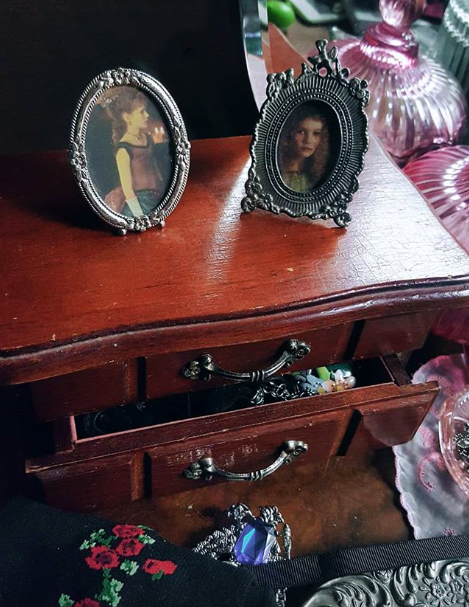 If you haven't read the books or seen the film, Claudia is a young girl who is turned into a vampire by another vampire named Lestat. In the TVC world, it's seen as deeply wrong and against 'Vampire Society' rules to turn a child into a vampire, as they are much too helpless, but he does it anyway (he's an extremely dramatic, dumb rebellious teenager at heart) and she lives a lavish life with Lestat and Louis (*). I won't continue on describing her story since you either know it, or should watch the film! It's seriously my favourite film ever and I have a tendency to make all my friends sit and watch it if they never have. (Though like always, the book is even better)

Anne Rice, the author, has talked about how Claudia was in some ways a representation of her daughter, who tragically passed away very young. Writing about Claudia helped her deal with the loss, as Claudia herself has a very sad storyline, and as a vampire, Claudia would never grow to become an adult.

Interview with the Vampire is one of the few books that I've read that left me a hunched over, crying mess. I also just adore Anne Rice's way of writing. It's chock full of detailed description of every aesthetic and ornate thing, painting such a vivid picture that you feel like you're really there in the setting. Being a vampire is described in such a beautiful way too, almost like being on psychedelics, in that everything is made more wondrous through a vampire's eyes. I just die every time I think about Claudia and Louis. It's so sad, so aesthetic, so lovely, so heartbreaking.
Claudia lives for a long time, her mind maturing but her body staying that of a child. It means she can't live anything like a normal life, and her relationship with Louis is always stuck between one of love and blame. Louis isn't chill either, since he's just constantly dealing with complete existential crisis over being a vampire. That's dealt with a lot better in the book, where you can actually read in depth about why he feels so in pain.

Claudia : Who will take care of me, my love, my dark angel, when you are gone?

Here are some stills from the film that I adore. The costume design was so well done. I have a few bones to pick with the film, but all things considered it's a gorgeous adaptation. Kirsten Dunst played Claudia incredibly well, and I know some people are a bit weirded out that Brad Pitt and Tom Cruise are in it, but it was very early in their careers so we get the bonus of great acting and a timeless film whose popularity transcends its genre. 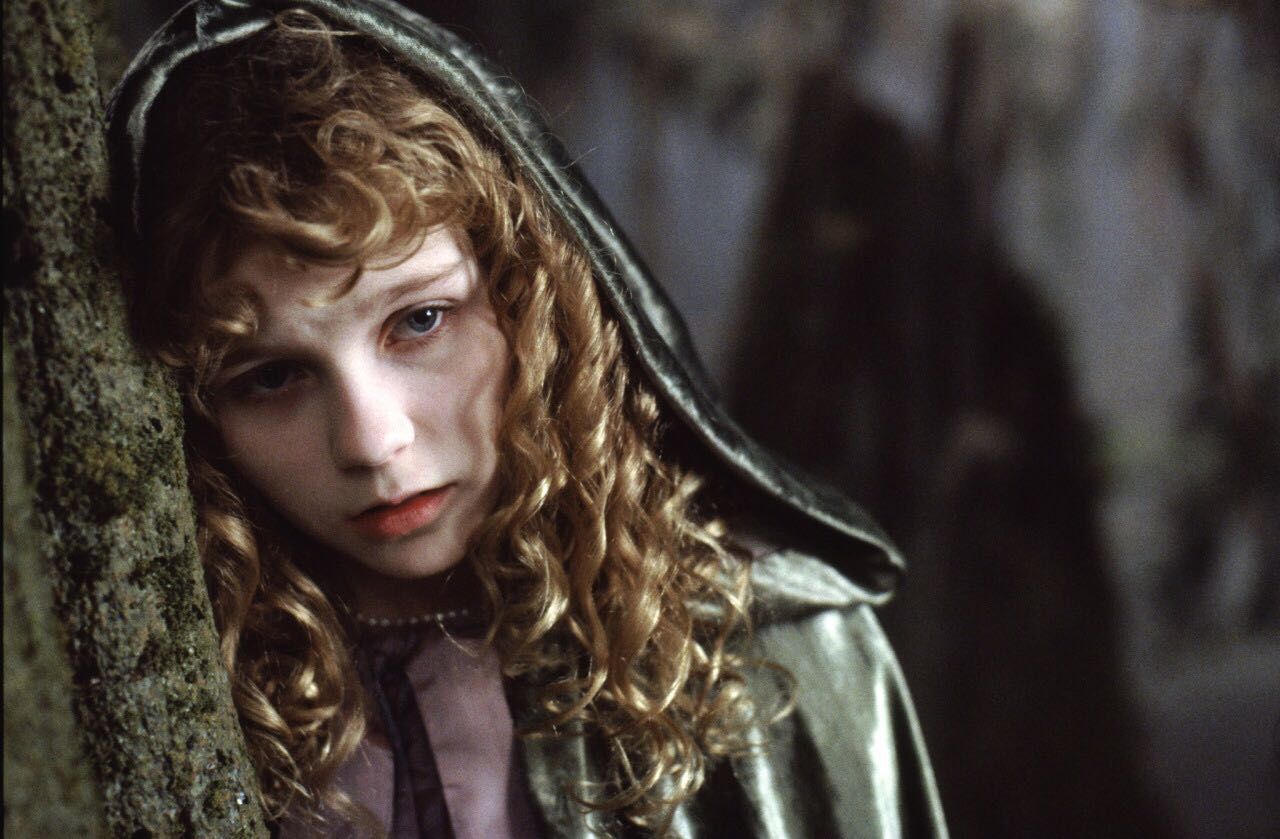 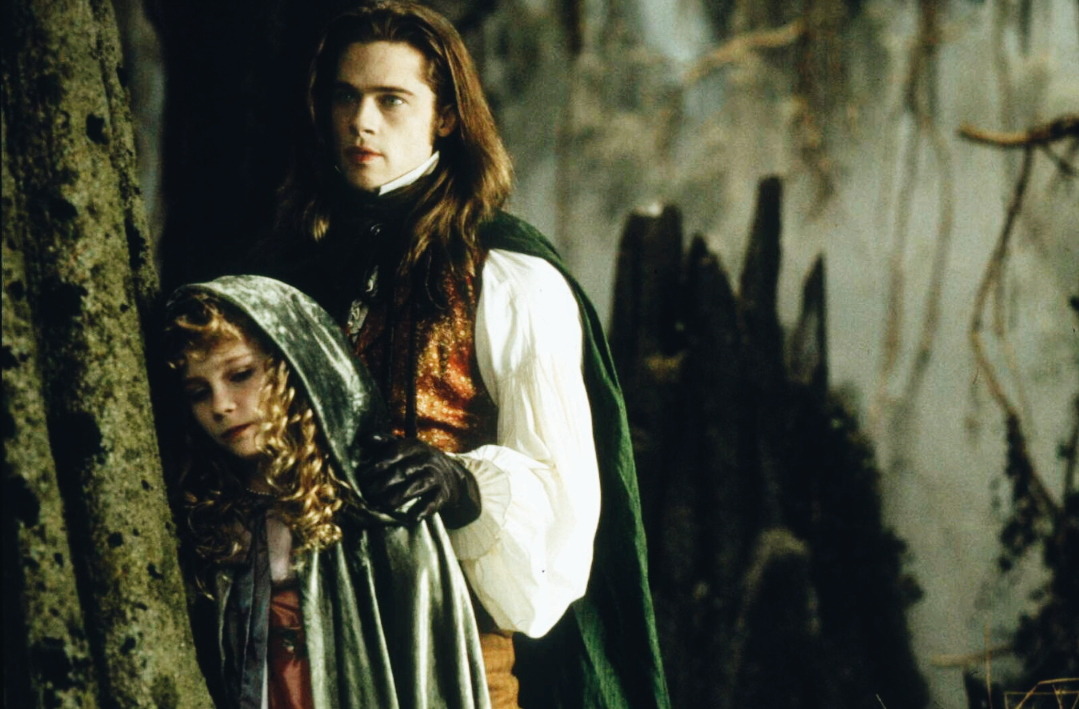 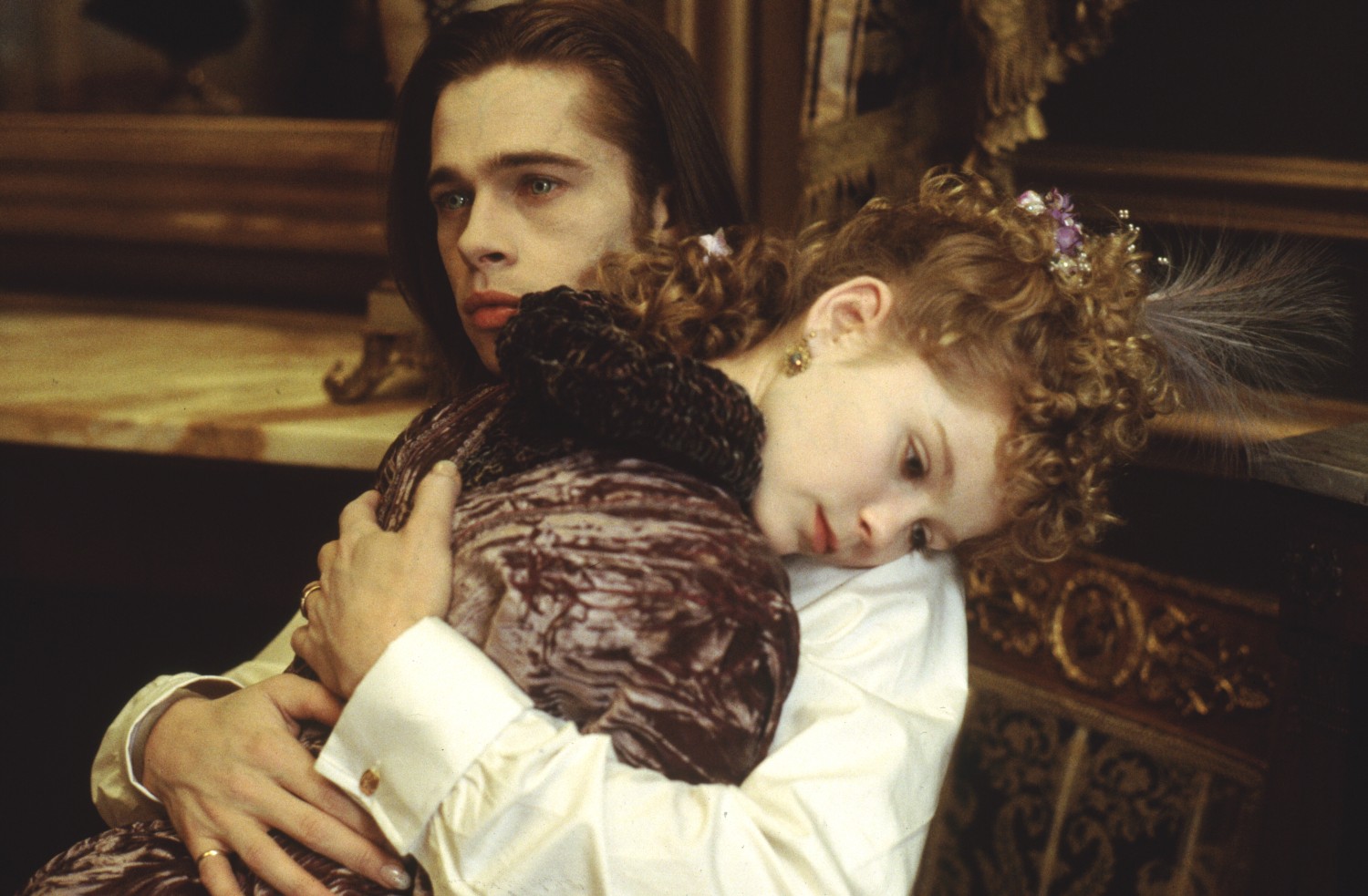 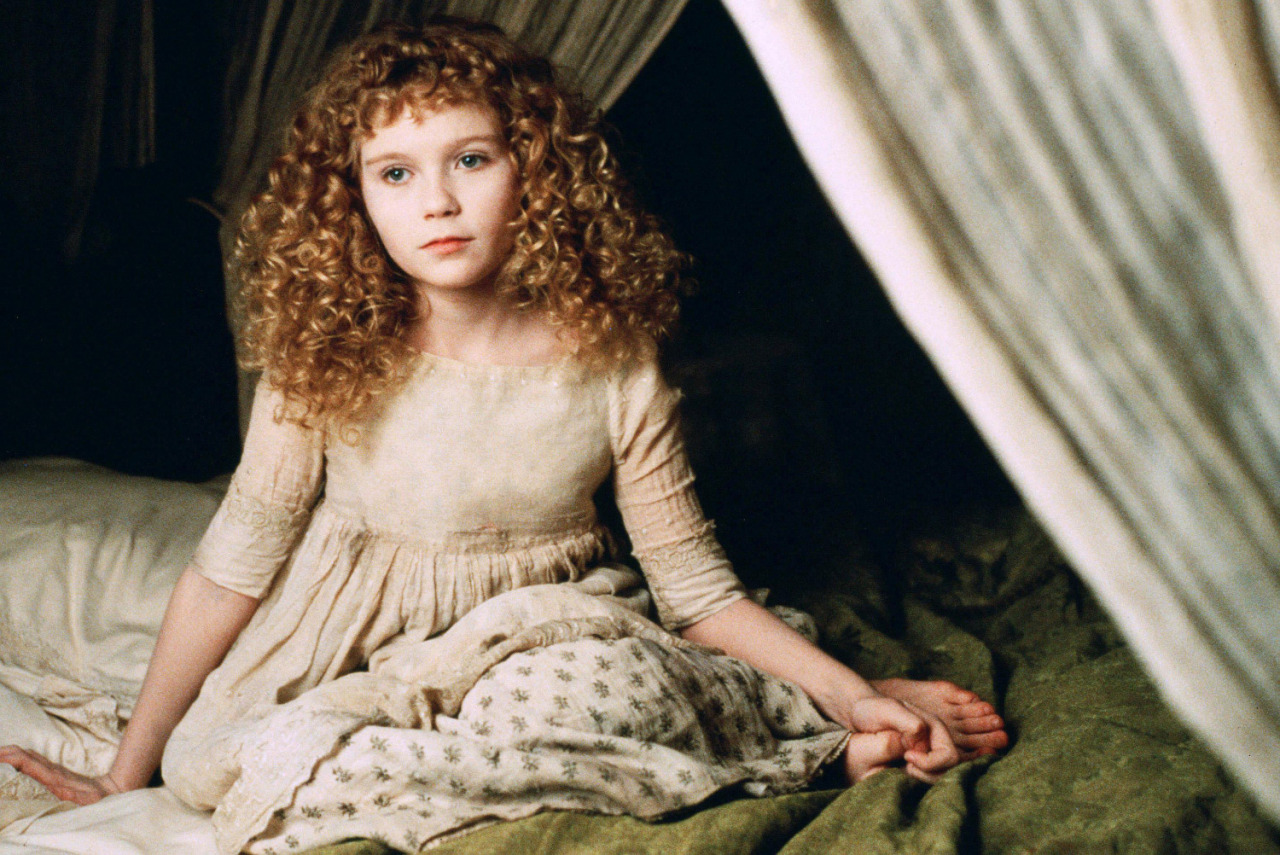 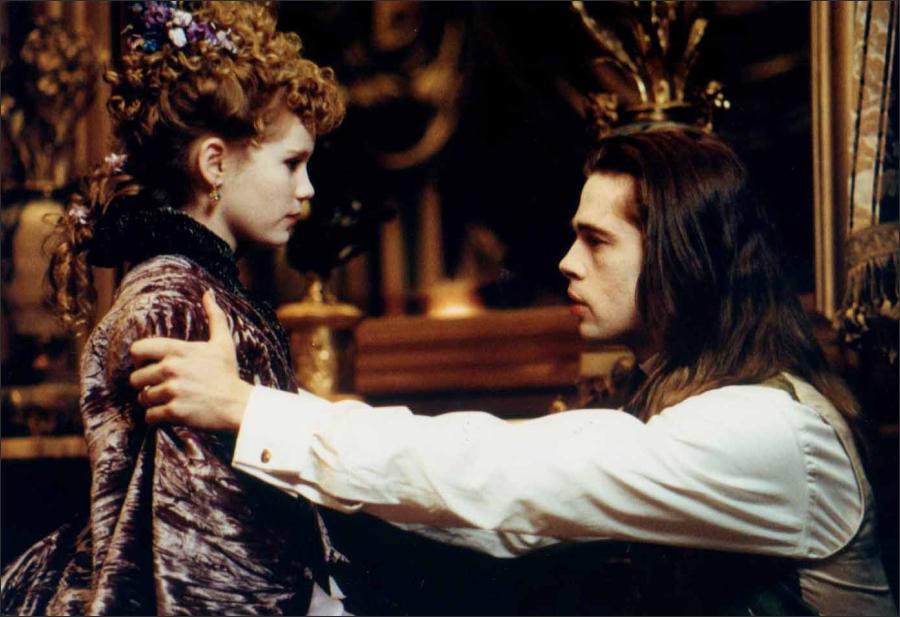 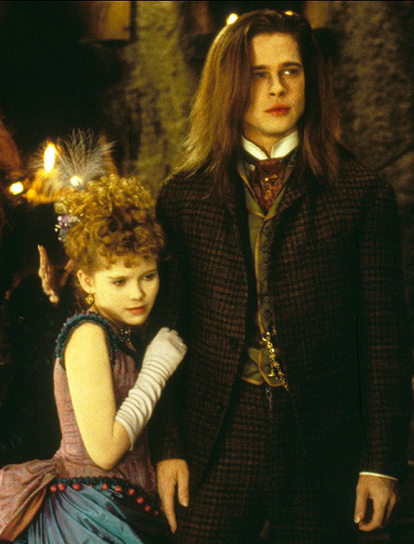 There's an absolutely amazing comic version of Claudia's story, drawn by Ashley Marie Witter, aptly titled 'Claudia's Story', which I own in hardback. Oh man, the art is just stunning. There's not much to say other than buy it, and how on earth did she have the patience to draw Claudia's intricately curly hair in like, most panels, probably hundreds and hundreds of times. It's a complete feast for the eyes. 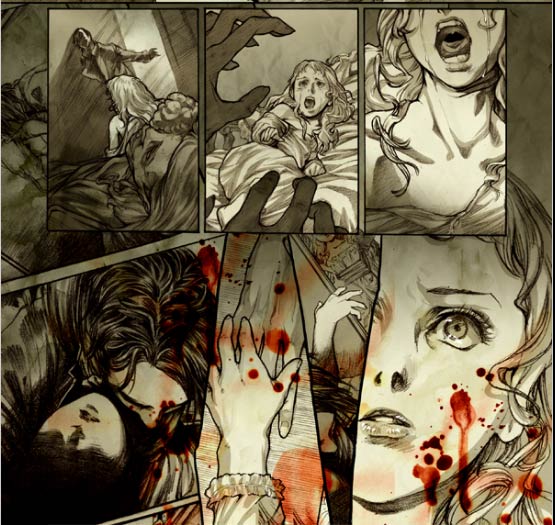 While we're on the topic, I also want to share some of my favourite Louis and Lestat quotes.

I kept glancing at him and away from him, as if his green eyes were hurting me. In modern parlance he was a laser beam. Deadly and delicate he seemed. His victims had always loved him. And I had always loved him, hadn’t I, no matter what happened, and how strong could love grow if you had eternity to nourish it, and it took only these few moments in time to renew its momentum, its heat?

Stupidly I stared at him. How perfect he seemed to me as he stood there waiting with such kindness and such patience. And then, like a fool, I came out with it. “Do you love me now?” I asked. He smiled; oh, it was excruciating to see his face soften and brighten simultaneously when he smiled. “Yes,” he said.

I kissed him. I pressed my lips to his and I held this kiss for a long silent moment. And then I gave in to a silent wave of feeling, and I took him in my arms. I held him tight against me. I felt his unmistakable silken skin, his soft shining black hair. I heard the blood throbbing in him, and time dissolved, and it seemed I was in some old and secret place, some warm tropical grotto we’d once shared, ours alone in some way, with the scent of sweet olive blossoms and the whisper of moist breeze. “I love you,” I whispered. In a low intimate voice, he answered: “My heart is yours.”